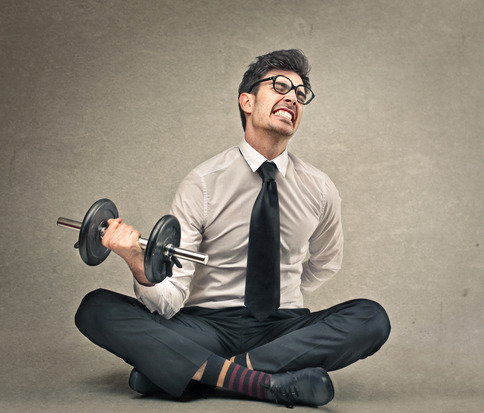 Lionel Messi may be the best footballer in the world, but according to this excellent article in Slate.com, he’s lazy. He doesn’t put in as much effort as Neymar, the other best footballer in the world. He covered less ground in his last game against Switzerland, made fewer sprints (31 v 57) and spent a lot less time in high and medium intensity activity. But Messi has been voted man of the match in all four games he’s played at this World Cup. Neymar has played in as many games, and got man of the match in only two. What’s going on here?

“… Messi is making a big impact, despite his paltry performance figures”

These days, stats on footballers are easy to come by. There are performance analysis programmes like Prozone, that give reams of data, so that coaches can compare one player with another. They measure – yards covered, tackles made, passes completed – all things that correlate in some way with effort. But it’s clear Messi is making a big impact, despite his paltry performance figures. Four goals and one assist. He’s a shark, cruising effortlessly for long stretches of the game, then going for the kill before anyone even realises what he’s up to.

Messi is a rare case where people aren’t confusing effort with effectiveness. His impact is obvious despite the raw performance analysis, and he’s highly valued even though his visible work rate may be lower than his colleagues’. Work rate – there’s an old-time productivity phrase. It’s something that’s held in high regard in English football and in the English-speaking world workplace. The England football team did a lot of running around and put in a great deal of “work”, but to no avail, the result was two losses and a draw. Completely unproductive, because they didn’t get beyond the group stage.

Many workplaces actually encourage this culture of valuing work rate over effectiveness. Busy work attracts far more attention than effortless productivity. People will tell you how busy they are, have a diary full of meetings and conference calls and work late. How productive are they really?

The biggest favour you could do for your team and yourself would be to recognise the people who are having the biggest impact, but who don’t seem to be making much effort. Maybe they leave work on time, don’t send as many emails, don’t go to as many meetings, but if you really looked, you’d vote them man or woman of the match.